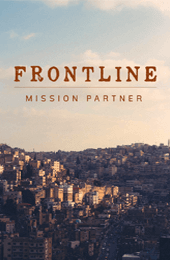 When anxiety and uncertainty surround us, God is still in control.

Regardless of who sits upon the thrones of this world, the true King of kings reigns in heaven above.

Our most pressing trouble isn't really a viral pandemic. Rather, it's the decline of true Christian faith in America. This loss of faith has hollowed out our society from within. It's just as the psalmist said, "When the foundations are being destroyed, what can the righteous do?" (Psalm 11:3). Many believers are asking the same question today.

Even so, I have hope—hope that is based on the changeless and immovable promises of God. As I already mentioned, in times like these, it is imperative—not recommended, not suggested, not just preferable—it is imperative that we go to God's Word and learn from His prophets.

During Isaiah's lifetime, the nation of Judah, too, went through a period of anxiety and uncertainty. Isaiah 6:1 tells us, "In the year that King Uzziah died, I saw the Lord, high and exalted, seated on a throne; and the train of his robe filled the temple." Now, many people read right past those opening words, but God isn't merely telling us it was the year Uzziah died as a way of marking the date. He's giving us that bit of information so that we might recognize it was a season of change for the people of Judah.

The nation was traumatized by Uzziah's death. Although he wasn't a perfect man—far from it—he was a good king, more godly than the king who came before him and the king who reigned after him. Uzziah led the nation for 52 years and had been the hope of the people, but now he was gone. And the people wondered, "What should we do now?"

Isaiah must have wondered that too. But then he saw the Lord with his own eyes, seated on His glorious throne. The message is clear: Regardless of who sits upon the thrones of this world, the true King of kings reigns in heaven above. In a season of anxiety, worry, and fear, God gave Isaiah a renewed vision of reality.

Although Isaiah received this remarkable vision of the Lord on His throne, he never got to experience the power and the strength of the resurrected Jesus. Our King, who was mocked and flogged, who was crucified and buried, rose victoriously on the third day. Our King, who was hated and had nowhere to lay His head, is reigning and ruling on the rim of the universe even now. We can depend on Him, no matter what comes our way.

Prayer: Lord, thank You that You never change. You are steadfast—an anchor that holds. I trust in You and have confidence in Your love and promises even when this world and my circumstances look bleak. I pray in the name of Jesus. Amen.

"In the year that King Uzziah died, I saw the Lord, high and exalted, seated on a throne; and the train of his robe filled the temple" (Isaiah 6:1).