Bible and Theology
End-Times Talk with Dr. Michael Youssef: Taking Jesus at His Word (Candid Ep. 164)
my journal trending candid conversations with jonathan youssef is the end near 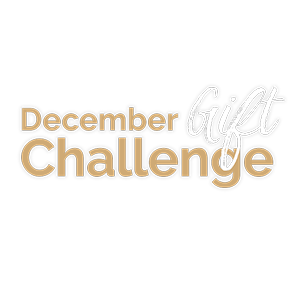 As we witness the increase of apostasy and rejoice in the worldwide spread of the Gospel, how should Christians respond to these signs of the end times? Jonathan Youssef and special guest Dr. Michael Youssef consider what Jesus has to say about these events and more as they discuss Dr. Youssef's newest book Is the End Near?: What Jesus Told Us About the Last Days.

This interview is condensed and adapted from episode 164 of Candid Conversations with Jonathan Youssef. Listen today on your favorite podcast platform or online.

"I want to say, study, and proclaim only what Jesus said."

Jonathan: It's always a privilege to have you on, Dad. Thank you for taking the time out of your impossibly busy schedule to come and talk to us about your newest book.

Dr. Youssef: This particular book really came out of a series of sermons [that I felt led to preach] with all the stuff that's happening around us. I began to see it through the prism of my life lived on three different continents. I've experienced the world in a way very few people have with experiences good and bad—many of them bad—but the Lord redeemed it all. [These experiences explain] why I have such passion, why I have such intensity, about these days we're living in as being very different from anything we've ever seen in our lifetimes.

Jonathan: And the book is Is the End Near? And I love the subtitle: What Jesus Told Us About the Last Days. You're writing out of your experience and the passion of your heart and the things that you've seen across continents, but am I right in assuming that you're also writing because, I mean, everyone and their brother has written an end-times book and they have not all been helpful?

Dr. Youssef: No. And they are not Biblical, some of them.

Jonathan: Right, which is why I love that you highlight Jesus. This is going to be what Jesus told us.

Dr. Youssef: Exactly. Those who have heard me for any length of time know that I want to say, study, and proclaim only what Jesus said. And so as I saw one specific sign—the sign of people turning their back on the faith, which is apostasy—[I was reminded of Jesus's words] in Matthew 24:9, "They're going to deliver you up to tribulation and put you to death, and you will be hated by all nations for my name's sake." And then Jesus says in verse 10, "And then many will fall away."

Today's falling away is [even] fashionable: "I'm going through deconstruction." Well, that's just a sanitized word for turning your back on Jesus, who warned that many will fall away.

In the book, I address six labor pains that Jesus talks about. I don't make them up; He told us. Jesus said in Matthew 24:14, "And this gospel of the kingdom will be proclaimed throughout the whole world as a testimony to all nations"—in Greek that's ta ethne—"and then the end will come."

[At Leading The Way] we are involved in taking the Gospel to ta ethne in nearly 30 of the most-spoken languages and beyond. And so, we are seeing both the Gospel preached all over the globe and people falling away from the church, particularly in the West. Statistics show that after COVID-19, 30% of churchgoers—I'm not talking about people who never went to church—are not coming back to church.

So now we're seeing these two signs coalescing together—the labor pains are coming together. And you have to remember—[as a father of two] you've been through it twice; and you know we've seen it 11 times with the grandkids.

Jonathan: Some take longer, some are quicker.

Dr. Youssef: Yeah, exactly. But then you know that when these labor pains become closer and closer, you better get to the hospital! And this is what Jesus is saying. For the professing Christians—those five virgins who don't have oil in their lamp—His return is going to be like a thief in the night. He's going to surprise them. But for those of us who are waiting for the return of the Lord, who are praying every day, "Come, Lord Jesus!"—as we watch these intervals get closer and closer, we know that the baby's about to be born. The big event is about to happen.

Jonathan: Some people might say maybe this has always been happening and we're just reading about it more now.

Dr. Youssef: There has always been an element of anti-Christian belief in the West, but that's different from people who were in the church and then [abandoned the faith]. Even back in the 1800s when the Church of England became so stale, people were still going to church and never denied the faith. They believed the basics. If you go through every period of history, even during the medieval period, with its superstition and extrabiblical beliefs, people still believed in Jesus. They didn't turn their backs. Turning your back on Jesus after you have known and proclaimed Him is the apostasy He's talking about.

In Matthew 24:24, Jesus says the end times are going to be so bad that even some of the elect—and I consider those probably the non-discerning elect—are going to be sucked in by the miracles and power of the Antichrist. And one of the things, Jonathan, that really motivated me to write this book was the rise of authoritarianism and almost dictatorship within Western democracy that I saw during the COVID-19 pandemic. That tells me that the world is being prepared for the Antichrist when he comes and says, "I'm bringing you peace and prosperity." And the world will say, "Yes, that's what we want!" And many are going to fall right in line.

Jonathan: That raises the question of assurance of salvation, which you talk about in the book. We know that Christ gives us confidence as believers that we are secure in His hands. How do you walk through that in light of the end-times prophecies?

Dr. Youssef: Jesus said in John 6:39, "Those whom the Father has given Me, I will lose none." So even if the impossible becomes possible, in which some of the elect are deceived—be careful because that's how bad it's going to be—nonetheless we can have confidence that those who belong to Jesus will not be lost. Even if they are misled for a period of time, they will come back.

Jonathan: Passages like 2 Peter 3 [indicate that scoffers will ridicule the teaching of Christ's return]: "They've been saying this since the beginning, and He's not going to come." How do you address this in the book?

Dr. Youssef: When Paul thought he was about to die, he said to Timothy, "Now you look for the parousia," (that's the return of Christ), "You look for it. You may see it in your lifetime." This tells me that every generation must look for the return of the Lord to come in their lifetime and live by that. Like John Wesley said, "I live and pray as if the Lord is coming back today, but I plan as if He's not coming for 100 years."

So we should be ready; we should be prepared. We look for the signs and ask, "Could that be it?" And if it's not, that's fine. We haven't lost anything. We've purified ourselves as He is pure. We've waited. We've walked in the sanctification and expectancy of the return of Christ.

Even if He doesn't come in my lifetime, I'm going to go. Everyone who is listening to us right now is going to go. Jesus said, "When I prepare a place, I'll come and get you." Either I'm going to Him, or He's coming to get me. Either way, I'm rejoicing because that's my home—and I'm going home.