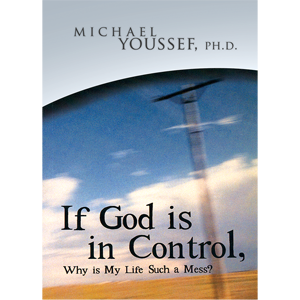 When God supernaturally empowered Daniel to reveal the mystery of King Nebuchadnezzar's dream, the astronomers or "Wise Men" at the time were astonished. They began to believe, along with their king, that the God of the Jews was the true God, marveling, "Surely your God is the God of gods and the Lord of kings and a revealer of mysteries" (Daniel 2:47).

Thus, they paid careful attention to the other prophecies of the Jewish people. Such prophecies revealed that a unique star would be associated with the rise of Israel's King.

Astrology may claim to know our future, but only one star holds our future in His hands—the bright Morning Star.

Read Matthew 2:1-12. For over four hundred years, generations of Magi searched the skies, looking for the sign of the coming King—the Deliverer whom God had promised His people. Then suddenly, there was light.

With a new light shining down on them, they knew that the time had come for them to worship the King. Confident in the strength of Daniel's prophecy, they traveled to Jerusalem. When they arrived, they asked Herod and the chief priests where they might find this new King and learned of another prophecy: "But you, Bethlehem, . . . out of you will come a ruler who will shepherd my people Israel" (v. 6).

The time of salvation had come, for Jesus had been born of a virgin in Bethlehem, out of the root of Jesse, from the line of David (see Isaiah 7:13-14, 11:1; 2 Samuel 7:12-16; Micah 5:2-3). Messiah—Immanuel—was with us at last, ready to satisfy God's promise to Abraham, securing blessing for all peoples through His redeeming blood (see Genesis 12:1-3).

Only one star has ever signified the fulfillment of so many prophecies, hundreds of years in the making. This dazzling light proclaimed the joy to which all the Scriptures point: "For to us a child is born, to us a son is given, and the government will be on his shoulders. And he will be called Wonderful Counselor, Mighty God, Everlasting Father, Prince of Peace" (Isaiah 9:6).

Astrology may claim to know our future, but only one star holds our future in His hands—the bright Morning Star who will return to satisfy a final prophecy: "There will be no more night. They will not need the light of a lamp or the light of the sun, for the Lord God will give them light. And they will reign for ever and ever" (Revelation 22:5).

Prayer: Father, thank You for the example of the Wise Men who heeded Your power and looked for Your sign. May I also be wise and seek Your face like the Magi as I celebrate the advent of Christ. I pray in the name of Jesus. Amen.

"The people walking in darkness have seen a great light; on those living in the land of deep darkness a light has dawned" (Isaiah 9:2).